In fuzzy clustering, points close to the center of a cluster, may be in the cluster to a higher degree than points in the edge of a cluster. The degree, to which an element belongs to a given cluster, is a numerical value varying from 0 to 1.

The fuzzy c-means (FCM) algorithm is one of the most widely used fuzzy clustering algorithms. The centroid of a cluster is calculated as the mean of all points, weighted by their degree of belonging to the cluster:

In this article, we’ll describe how to compute fuzzy clustering using the R software.

We’ll use the following R packages: 1) cluster for computing fuzzy clustering and 2) factoextra for visualizing clusters.

The function fanny() [cluster R package] can be used to compute fuzzy clustering. FANNY stands for fuzzy analysis clustering. A simplified format is:

The function fanny() returns an object including the following components:

For example, the R code below applies fuzzy clustering on the USArrests data set:

The different components can be extracted using the code below:

To visualize observation groups, use the function fviz_cluster() [factoextra package]: 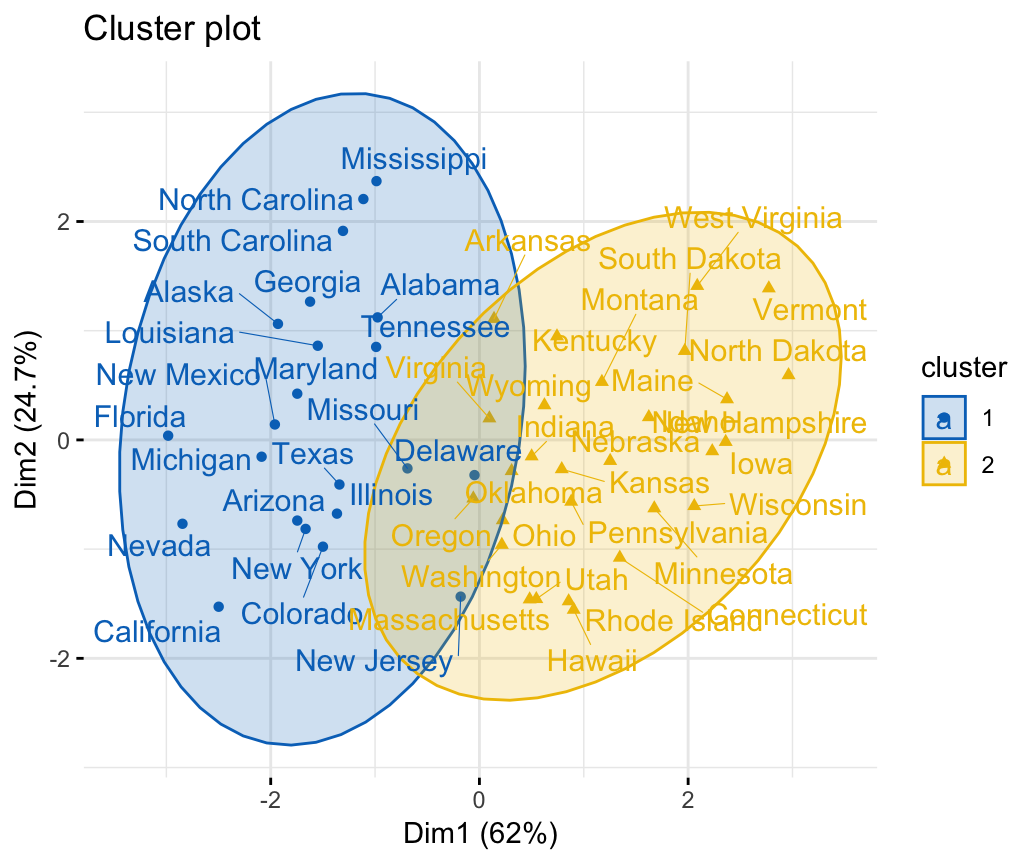 To evaluate the goodnesss of the clustering results, plot the silhouette coefficient as follow: 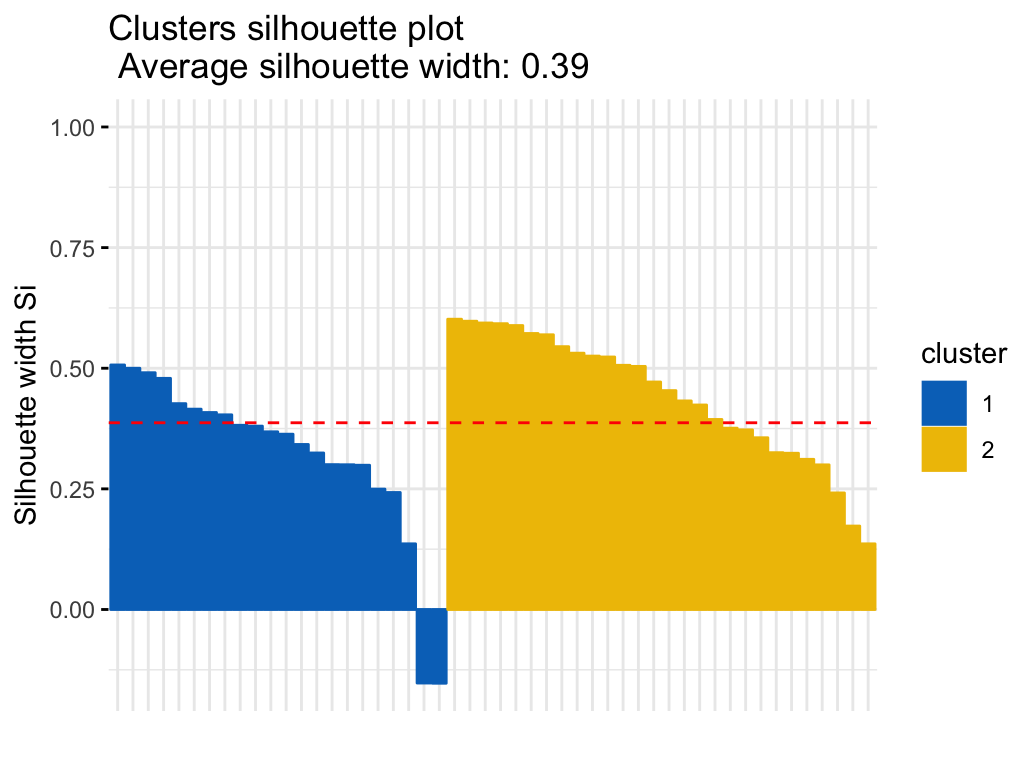 Fuzzy clustering is an alternative to k-means clustering, where each data point has membership coefficient to each cluster. Here, we demonstrated how to compute and visualize fuzzy clustering using the combination of cluster and factoextra R packages.