Previously, we describe many statistical metrics, such as the Cohen’s Kappa @ref(cohen-s-kappa) and weighted Kappa @ref(weighted-kappa), for assessing the agreement or the concordance between two raters (judges, observers, clinicians) or two methods of measurement.

Make sure you have installed the vcd package for visualizing categorical data.

Construction of the agreement chart

Agreement chart. The agreement chart is a visual representation of a k × k square contingency table. It is constructed with the following steps (S. Bangdiwala and Shankar 2013, Friendly, Meyer, and Zeileis (2015)):

The data is organized in the following 3x3 contingency table:

Note that the factor levels must be in the correct order, otherwise the results will be wrong.

Create an agreement chart in R

We want to visually compare the concordance of the two doctors diagnoses. 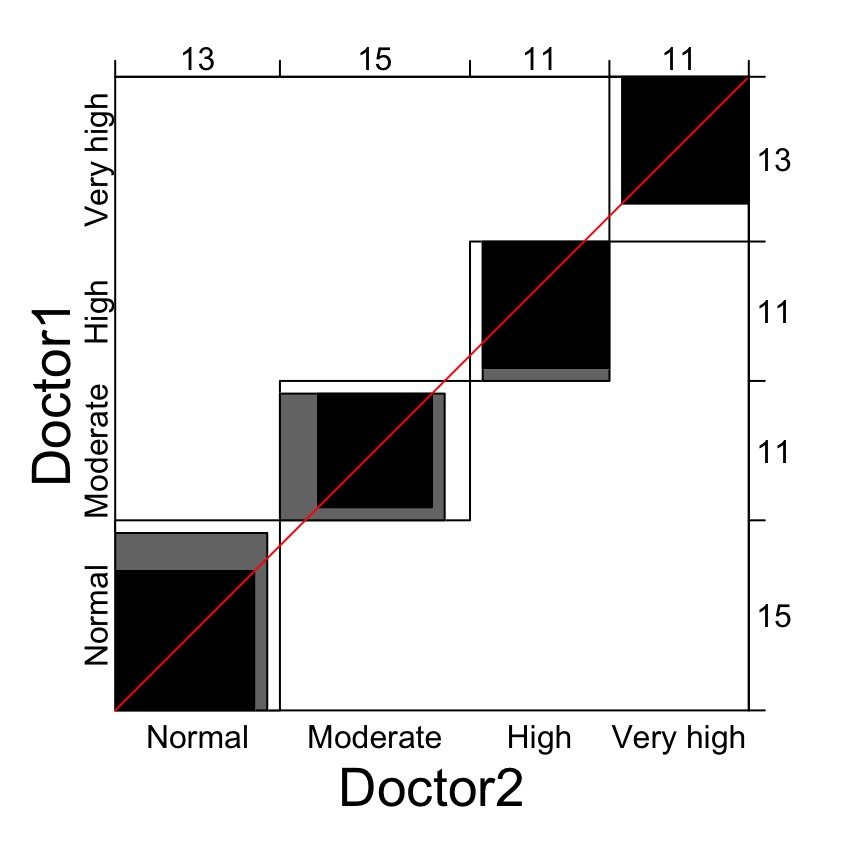 Legends for the plot:

This article describes how to create an agreement chart in R.