This article describes the paired t-test assumptions and provides examples of R code to check whether the assumptions are met before calculating the t-test. This also referred as:

The procedure of the paired t-test analysis is as follow:

The paired samples t-test assume the following characteristics about the data:

You can include the outlier in the analysis anyway if you do not believe the result will be substantially affected. This can be evaluated by comparing the result of the t-test with and without the outlier. 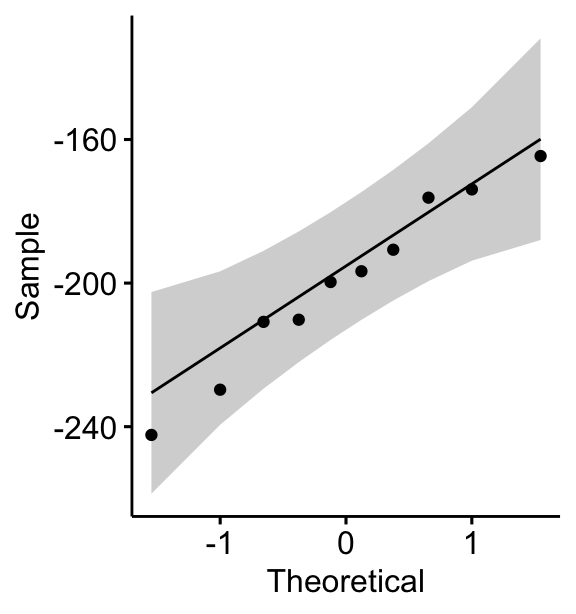 In the situation where the data are not normally distributed, it’s recommended to use the non parametric Wilcoxon test.

Independent T-Test Assumptions (Prev Lesson)
(Next Lesson) How to Do a T-test in R: Calculation and Reporting
Back to T-Test Essentials: Definition, Formula and Calculation