The one-sample t-test, also known as the single-parameter t test or single-sample t-test, is used to compare the mean of one sample to a known standard (or theoretical / hypothetical) mean. Another synonym is the one-way t-test.

Generally, the theoretical mean comes from:

Note that, the one-sample t-test can be used only, when the data are normally distributed. This can be checked using the Shapiro-Wilk test.

In this article, you will learn the one-sample t-test formula, as well as, how to :

The the one-sample t-test formula can be written as follow:

The p-value, corresponding to the absolute value of the t-test statistics (|t|), is computed for the degrees of freedom (df): df = n - 1.

How to interpret the one-sample t-test results?

If the p-value is inferior or equal to the significance level 0.05, we can reject the null hypothesis and accept the alternative hypothesis. In other words, we conclude that the sample mean is significantly different from the theoretical mean. 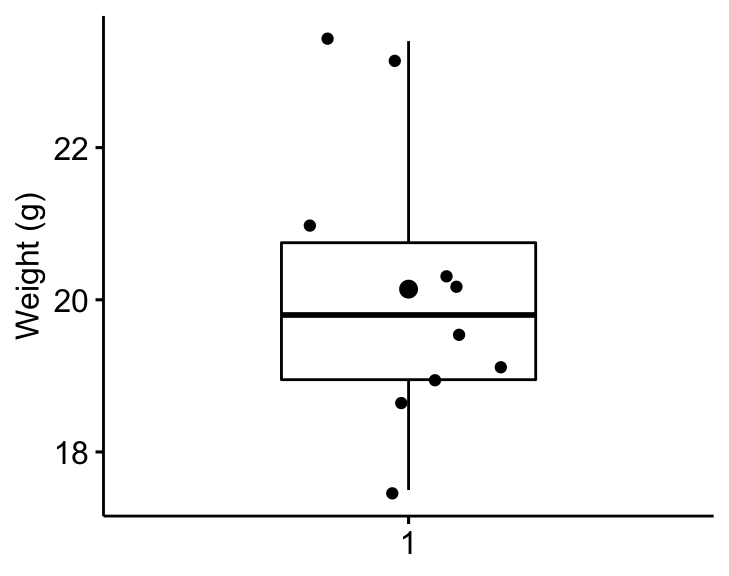 The one-sample t-test assumes the following characteristics about the data:

In this case, you could consider running the non parametric Wilcoxon test.

The normality assumption can be checked by computing the Shapiro-Wilk test. If the data is normally distributed, the p-value should be greater than 0.05.

From the output, the p-value is greater than the significance level 0.05 indicating that the distribution of the data are not significantly different from the normal distribution. In other words, we can assume the normality.

You can also create a QQ plot of the weight data. QQ plot draws the correlation between a given data and the normal distribution. 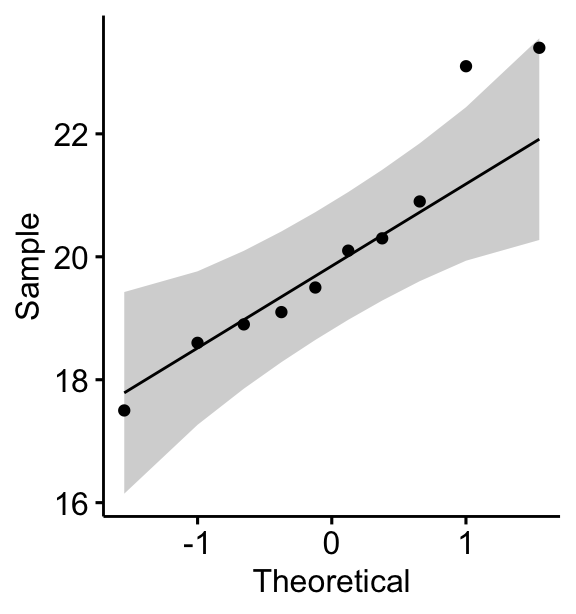 If the data are not normally distributed, it’s recommended to use a non-parametric test such as the one-sample Wilcoxon signed-rank test. This test is similar to the one-sample t-test, but focuses on the median rather than the mean.

We want to know, whether the average weight of the mice differs from 25g (two-tailed test)?

You can obtain a detailed result by specifying the option detailed = TRUE in the function t_test().

To calculate t-test using the R base function, type this:

To calculate an effect size, called Cohen's d, for the one-sample t-test you need to divide the mean difference by the standard deviation of the difference, as shown below. Note that, here: sd(x-mu) = sd(x).

A one-sample t-test was computed to determine whether the recruited mice average weight was different to the population normal mean weight (25g).

The mice weight value were normally distributed, as assessed by Shapiro-Wilk’s test (p > 0.05) and there were no extreme outliers in the data, as assessed by boxplot method.

Create a box plot with p-value: 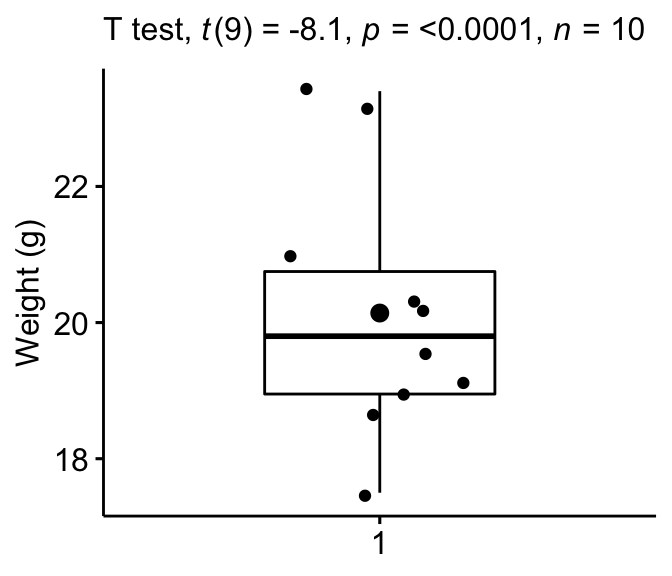 Create a density plot with p-value: 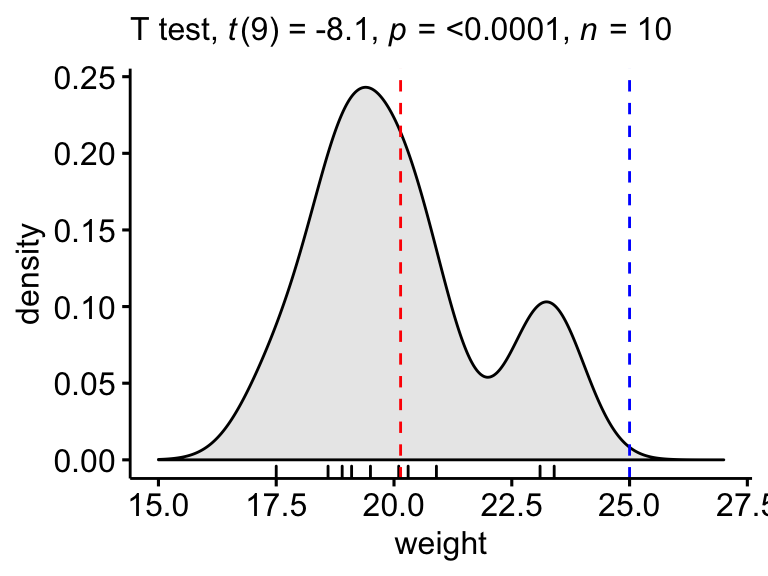 This article describes the basics and the formula of the on-sample t-test. Additionally, it provides an example for: